Lebanon, Bekaa Valley. “Amal was the great love of my life, her photograph is the dearest thing to me. We were together when she took it, already refugees in Lebanon. We needed to renew our documents to obtain a Visa. She was already pregnant with triplets. It was her last picture and is always with me. Every day I show it to our children because I don’t want them to forget her. The day I knew that my wife had died I promised her that I would do my best to take care of the kids . And we are doing it. I talk to her, within myself. I tell her not to worry because the children are safe. I will take care of everything. I tell her that I will do everything so that she can always be proud of me. Every day, kissing her photograph, I tell her how much I love her. How much I miss her” said Saleh Faysal Al Mohamad, 31, a former agricolture worker from Idlib.
“Forced to flee Syria due to the conflict’s escalation in early 2012, Saleh arrived with wife Amal (20) and their children, Nermine (3), Faysal (2) and Malak (1 and a half) at refugee settlement near Zahle. (Bekaa Valley, Lebanon).
Mid January 2015, as one of the severest winters in years furiously battled the region with heavy snow and rainfall exposing the extremely vulnerable refugees’ shelters to heavy damage, Amal died giving birth to triplets, little Rihad, Ahmad and Khaled, welcomed as the youngest survivors of the strongest winter in the Region.
“That day we ran to take Amal to the hospital. When we arrived, the doctors told us that for a triplet birth my wife would need intensive therapy but there were no beds available and therefore the hospital could not accept her. We had to go to another hospital where eventually Amal was accepted; shortly after the children were born. At first we were told that the birth had gone well but then a paramedic came out of the operating room and told us that Amal had died of a heart attack. We still do not know what really happened. We asked without obtaining expla 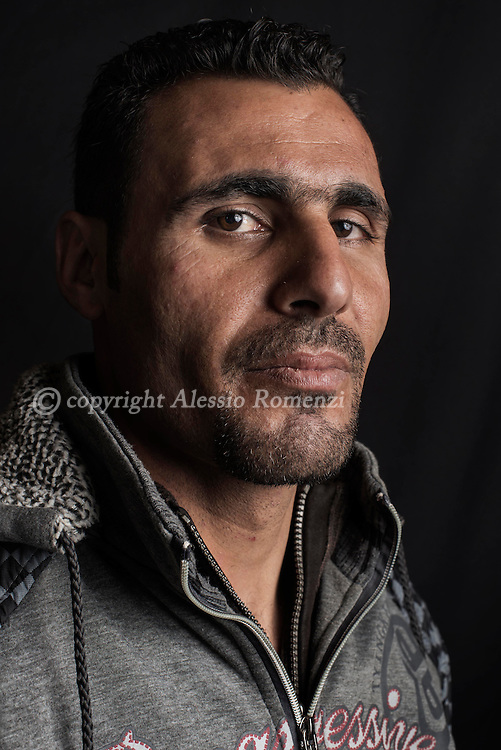