Lebanon, Bekaa Valley. Asmahan Ahmad is from the Syrian city of Hama.
“This dress is the only new thing I have had since we left Hama. It is what I care about the most. I wear it when I leave the camp for a brief walk. I like to wear something nice. It makes me feel comfortable and pretty. I love colors, I love beautiful things. When I wear it I feel just like the other girls. I feel like a normal person” says Asmahan Ahmad, 16, from Hama. Asmahan was forced to flee Syria two and a half years ago due to the escalation of the conflict. She lives now with her family in a single room tent in a refugee settlement on the outskirts of Zahle (Lebanon. Bekaa Valley).
She was 15 on the day of her wedding. She was forced to marry her cousin, a 19 year old boy from Raqqa.
They were married in Lebanon, as refugees. Asmahan’s uncle thought that with a man she would be more protected. She remained with her husband only for nine months and then following aggressions and beatings she strongly asked for divorce. And eventually she got it. Since the day she left, she hasn’t had any news of him, she only knows that he has been resettled in Germany thanks to the Unhcr program.
“I had no idea what it meant to be a wife. I knew nothing about marriage nor about men. I was too young and I still am. His mother was so aggressive with me, she pushed him to give me orders all the time, to shout at me. Nevertheless I remember there were moments of tenderness too. He could also be nice with me but he was forced by his family to be rude, to mistreat me. And eventually he did. One day I said to myself that I could no longer endure that life. It was too painful for me. I told him that I wanted a divorce. Here at the camp everybody says that I will never find another husband. That nobody will marry me. I do not care what people say. I just want to live with my family and help them. I do not need another husband. I do not want one. I have nothing of his. I do not even want a photograph 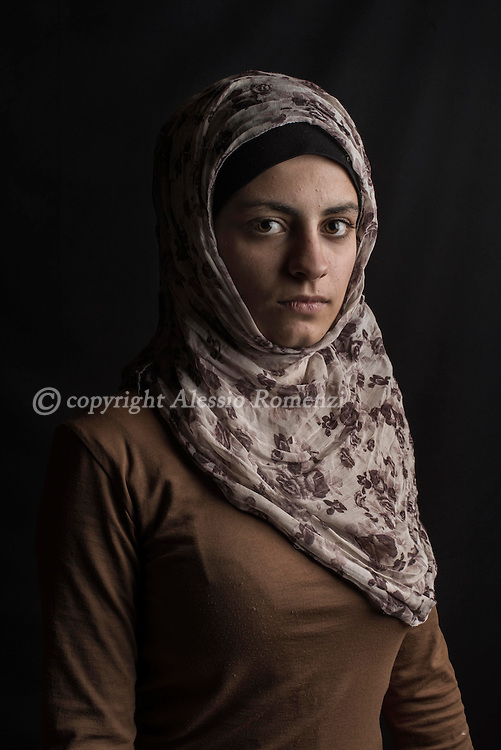