Lebanon, Bekaa Valley. Tamam Mohammad Harfous, 32, from Qusayr. “When the sun sets and darkness is everywhere, I light this lamp in the small tent where we live. Suddenly the days when we were a family are back and my husband is still with us. Seated in a circle around the lamplight talking for hours drinking mate or tea. That light brings me back to the whole happiness of those days. The lamp had been at our house in Homs, then in Quasyr. I took it with me the day that we were forced to flee to Lebanon and it crossed the border with us. It was with me in Arsal and when the camp was razed to the ground I saved it and brought it here with me. There is another thing from which I will never be parted. The earrings I am wearing. My husband gave them to me on the day of our engagement. We were so happy. I have been forced to sell almost everything to survive and to keep my children safe but these two items will remain with us forever. No matter what will happen in the future” said Tamam
Mohammad Harfous, 32, from Qusayr.
Tamam reached the Lebanese border a year and a half ago with her son Saeed (10) and daughter Amira (8) together with Tamam’s brother’s family. When Amira was three years old Tamam’s husband had an accident at work and died.
Due to the shock of this loss, Amira has fallen into a severe form of depression. Day after day she began to refuse food until she was unable to walk or talk. A few years later war broke up in Syria and little Amira had to face new severe double traumas: war destruction and forced exile. From Qusayr where they used to live, Amira along with her mother Tamam and her brother Saeed, managed initially to reach the Lebanese border and seek refuge in a settlement in Arsal. During the relentless fighting in August 2014 between the Lebanese army and men allegedly affiliated with extremist groups related to Nusra Front in the Arsal region, the camp in which they lived was burned to the ground. Following those occurrences, Tamam, litt 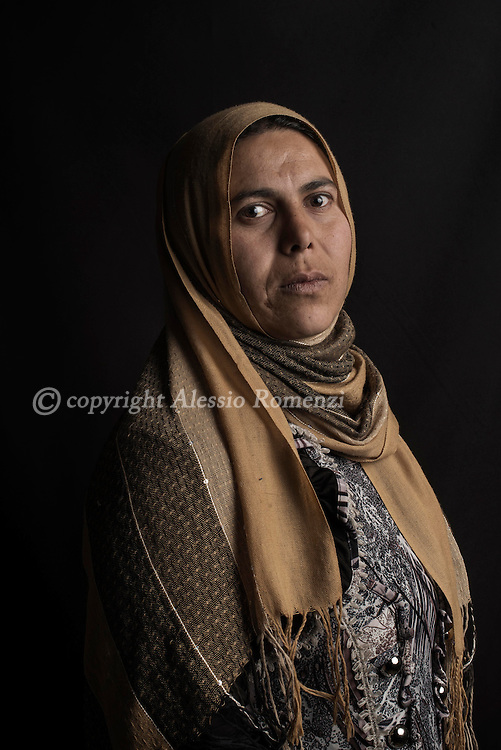